Hey again guys and welcome to the completion of the Almighty list. For a second there you guys probably thought I wasn’t going to finish it well here it is.

People are familiar with Einstein’s genius in the fields of physics, quantum theory and other scientific stuff. I appreciate his genius even though I can’t understand most of his theories but whats puts him in the top five is his personality and life.

Most people have a general idea that Einstein was a bad student but their big misconception was that he had bad grades. He actually had above average grades but not to the liking of his strict conventional school. He would have trouble taking down notes, missing most of his classes and constantly daydreaming.  Teachers exasperated by his behavior labeled him as a slacker.  If subjects interested him such as mathematics he would put all his energy into them and come up with theories that blew the minds of students and teachers alike. He wrote his first work ‘The Investigation of the State of Aether in Magnetic Fields’  at age of 16 without supervision and guidance of his school.

According to Einstein his university years weren’t much better . “For a dreamer like me, university studies were not always a blessing. If we are forced to constantly eat selected meals, we can permanently spoil our stomach and lose our appetite. Luckily, in my case, this intellectual depression, after the completion of my studies, lasted no more than a year. ”

I had same feeling when I was a university student. I felt like I was on brain diet. The whole time I had a dreadful feeling that most of my experience was purposeless. Its only when I had a direction that I began to excel. Its same with Einstein when he realized he wanted to do he could reconcile his love for science and his imagination.

Its from this merger that we have theories like E=Mc2 which is still being discussed today. Time Magazine named him ‘The man of the 20th century’. You can argue against the win but I will point out that no one had Leonardo Da Vinci versatility this century quite like Einstein who was a physicist, philosopher, author and comedian as you can see below.

This one really comes to personal taste. I mean I taped all of his games when he was with  the Chicago Bulls so there no way that this wouldn’t be on the Top Five. There is very little available information on Michael Jordan’s childhood and what I would say right now would be rampant speculation (even more so then what I been doing all this time). But I can say that Michael Jordan dunks and charges come from a technique called Hyper Focus. Hyper focus is a person putting all his hyperactivity energy into one goal. This is the drives that pushes athletes to excel. So for any disorientated ADHD child who wants  to be a soccer or basket player when you grow up don’t give up because your heroes were at one point in your shoes. And one day you may be able to do this.

That shot was the one that led to the Bulls win over Jazz in 1998 NBA Finals and I still get chills every time I see it.

As I said before to make up for this list being two long posts I am going to put two runners up who. didn’t make the cut.
6) Walt Disney The Visionary

So people may argue how come Robin Williams and Jordan are on the top five and not Disney. I mean without Walt Disney there wouldn’t be Mickey mouse, Disney World, Tron and Genie. The complaint is valid and I certainly respect him but what prevents him from being in the top five well I don’t feel anything for him coupled with fact that he was the head of a evil corporation(kidding). All these led to him being dropped to number six.

If none of you have seen the film Amadeus, I would tell you to drop what you are doing go to your favorite torrent site, net flix  or blockbuster (if its still around) and watch this film. The genius we know as Mozart was a lewd, perverted and entertaining composer. You know the saying that the truth is greater then fiction well it shows in that they didn’t even need to fictionalize the characterization of Mozart as so many biopics do.  He is a classic example of ADHD . So you may ask why isn’t he in top five. The reason is  I simply prefer Beethoven music over his. But seriously go see the film.

And with that I am done with Top five and now its your chance to field any top five lists you want see in the future or who are your top five favorite ADHD celebrities. See ya soon.

P.S By the way only Michael Jordan and Disney posters were made by the team of this blog. The others were blatantly stolen by us this being the Internet a lawless playground. Cheers. 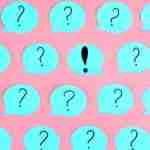 Memory Game
So What Causes ADHD? 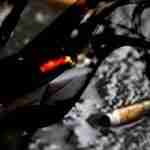