ADHD is a fad social marketing idea from pharmaceutical companies and is a modern illness that was recently discovered.

ADHD (Attention Deficit Hyperactivity Disorder) is a chronic neurobiological disorder that was first described in the 1800s when many cases of children exhibiting the symptoms of ADHD were reported after suffering accidents leading to what was described as minimal brain injury. The validity of ADHD as a disorder is not only based on the observable symptoms, but also on numerous studies that have identified genetic differences between many children with ADHD and their peers.

ADHD is not a real disorder but merely an excuse for poor parenting.

Although there have been many conclusive studies that have proven that ADHD is not the result of a lack of discipline or poor parenting, this remains a common belief. The most direct evidence to the contrary are the results of a number of twin studies that have demonstrated that siblings who are raised by the same parents consistently exhibit the same symptoms although they receive the same treatment and parenting style. Additionally, these studies examined the case of adopted children with a biological parent diagnosed with ADHD, and despite their upbringing with non-ADHD adoptive parents from an early age, the children still showed symptoms of ADHD.

The well-known ADHD medication Ritalin (methylphenidate) does not lead to increased addiction, in fact many researchers have studied the relationship between stimulant medication and addiction and the results have shown that not only is there no increase in substance abuse later in life, but some studies have found that children who have received treatment with stimulant medications such as Ritalin have a decreased likelihood of substance abuse and addiction – up to 85% less than those who have not received treatment.

ADHD can be cured

ADHD is a neurological behavioral disorder, and behavioral therapy leads to countless positive and satisfying results, those including an improved social relationship with the child’s parents and teachers. However, moderate to severe cases almost always need the extra help given by medication.

Drug therapy is indeed effective when it comes to controlling the major ADHD symptoms, however, additional behavioral therapy leads to many positive results, especially in the case of children with accompanying behavioral disorders as well as ADHD.

The drug therapy of ADHD, like most existing drugs, has many benefits alongside the possibility of side effects. As with any medication, the recommendation of medical treatment is based on the balance between the potential benefits and the potential side effects. With proper management the probability of experiencing any more than very mild side-effects – such as decreased appetite – is far outweighed by the immediate and lasting benefits of medication.

The symptoms of ADHD are special and unique, and unlike any other diseases or conditions

ADHD-like symptoms may be commonly observed in many people who do not have ADHD; everybody feels distracted or hyper sometimes, however, unlike with ADHD, these symptoms come and go and don’t have a continuous adverse effect on people’s lives. Not to mention that there are other conditions with symptoms similar to those of ADHD, such as sleep disorders, thyroid disorders, and absence-seizure epilepsy. The possibility of the symptoms being caused by these conditions – and many others – will always be considered by a physician when making a diagnosis.

This Page is about Awareness

Lack of priority for ADHD 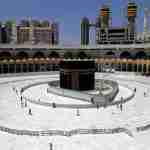