About three times as many boys have ADHD than girls. Part of the difference may be attributed to referral bias related to symptoms of disruptive behaviour since boys typically have more hyperactive/impulsive symptoms and more conduct and oppositional symptoms than girls.

The primary characteristics of ADHD are excessive hyperactivity, distractibility, and inattention. People tend to think of ADHD in terms of the most well-known of these symptoms: hyperactivity, which is more often exhibited in boys, but ADHD in children can also take other forms, particularly in girls. Forgetfulness, being easily distracted, losing or misplacing things, disorganization, academic underachievement, poor follow-through with assignments or tasks, poor concentration, and poor attention to detail are other ADHD traits. Hyperactivity is easy notice in a classroom because it’s disruptive. Girls with ADHD may often go unnoticed because:

Estrogen affects the transport of dopamine, an important neurochemical, so girls and women experience an increase in ADHD symptoms whenever their estrogen levels fall.  Thus, girls with ADHD can have a particularly tough time just before and during their periods with both attention and emotional reactivity.

Helping them understand what is going on and that it is temporary, and helping them to reduce their stress, fatigue, and hunger during their periods can help.

This Page is about Symptoms 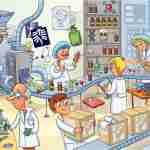 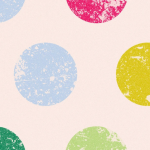