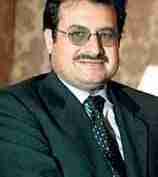 Speaking on the occasion, Prince Mohammed bin Nawaf expressed optimism that the ADHD Society will play an important role in our life and the life of our children as the Society deal with the issue of important and vexing problem suffered by many families and many individuals without knowing its nature or ways of curing it.

Prince Mohammed bin Nawaf bin Abdulaziz pointed out that many years ago, communities look at children and some adults who suffer from ADHD as rioters or low with intelligence, at one point it came to describing the case as if they suffer brain damage.

“Today the statistics show that between three and five per cent of the world’s population suffers from some form of hyperactivity and attention deficit while some studies suggest that this figure rose to about 15 per cent among children in the Kingdom. Moreover, the studies indicate that this problem is more pronounced and visible in children more than in adults and the number of males who suffer is equivalent to twice the number of females.

He explained that scientists and doctors believe that the causes of this problem are many including genetic and emergency. “Studies have proved that early diagnosis during childhood and treatment contributes in healing a large percentage of those who suffer from it.” 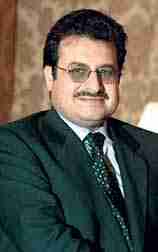