Generally some people think ADHD is a 20th century fad that stopped the good old tradition of beating your children and replaced it with quack science which rewarded brats.  There so much wrong with that type of thinking but first we should mention that ADHD has been proven scientifically and second of all these people sense of history couldn’t be further from the truth. So I am doing a three part series in showing the evolution of ADHD in history. We are going back in time to the genesis of ADHD and as we row back to the present see the events that shaped the identity of this disorder.

Although none of us could ever know when exactly was the first time that ADHD was discovered in human history a funny poem published in Germany in 1865 by Henirch Hoffman a psychiatrist does show a uncanny familiarity to our favorite disorder.

“Let me see if Philip can
Be a little gentleman;
Let me see if he is able
To sit still for once at the table.”
Thus Papa bade Phil behave;
And Mama looked very grave.
But Fidgety Phil,
He won’t sit still;
He wriggles,
And giggles,
And then, I declare,
Swings backwards and forwards,
And tilts up his chair,
Just like any rocking horse–
“Philip! I am getting cross!”
See the naughty, restless child
Growing still more rude and wild,
Till his chair falls over quite.
Philip screams with all his might,
Catches at the cloth, but then
That makes matters worse again.
Down upon the ground they fall,
Glasses, plates, knives, forks and all.
How Mama did fret and frown,
When she saw them tumbling down!
And Papa made such a face!
Philip is in sad disgrace . . .”

Phillip would be the German ancestor of ADHD favorites such as Calvin(Calvin and Hobbes). He exhibits the hyperactivity and impulsvity of an ADHD child. Heinirch Hoffman was a psychiatrist who in treating patients would use their problems as the basis of his funny stories and poems. His observations in these stories may not been scientific but they increased awareness of the specific symptoms exhibited by these children. Although the behavior was considered exclusive to certain troublesome children the symptoms were noted. 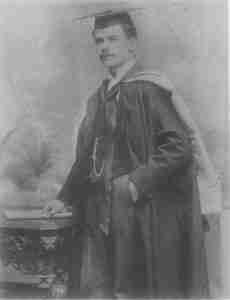 In 1902 through the research of George Fredrick Still and Alfred Tredgold of the Royal Alfred College the disorder finally became recognized in the medical community. Through a study of 43 children who exhibited problems in controlling aggression, lack of inattention, trouble making, and excessive emotion these researchers were trying to categorize the cause of these symptoms. George Stills observed that these children even if they were punished by physical force would still exhibit the same lack of discipline. He reasoned that the behavior of twenty of these children could be attributed to intellectual retardation due to a remote brain disease but this theory couldn’t be applied to the other 23 who were children of normal intelligence. He believe that what ostracized these other 23 children from society was due to a lack of ‘ moral consciousness.’ This mean the that later developments in these individual lives which had instances of crime and lawlessness was because they didn’t have the understanding that actions should always benefit the greater good of society. Also children doing actions that would cause harm to befall them were due to a defect in inhibitory volition meaning they had no control over themselves. George Stills linked the inhibitory volition and lack of moral consciousness as being part of the same problem. The symptoms of impulsivity (inhibitory volition) and lack of moral consciousness which describes impulsivity and hyperactivity are recognizable to modern ADHD. Also the fact that George Stills mentioned it being in a higher rate in boys and girls does seem to match the characteristics of ADHD.

Although were happy to see that ADHD has a legitimate history we can only imagine the hardship of these children in that era in that they were labeled as freaks or defective. The positive symptoms wouldn’t be recognized till later. Next time we will be chronicling the period of 1920-1950 and these crazy researchers actually give a name to it but make a ton of mistakes due to increased emphasis on child rearing at the time being the cause of these symptoms which weren’t back by any factual data. It will be fun to learn and all of us should be eternally grateful we didn’t live in that era.