People keep talking about famous people with ADHD but I think what might be more important are mythological characters who had ADHD. I am not talking Greek Mythology which is old baggage but our recent mythology built from TV, cartoons, video games and comic books. I am going to focus on my top five favorite fictional characters who probably in one form or another had ADHD. Fair warning to readers this is not a real diagnosis because a) I am not a psychiatrist b) It’s just for me to identify with these characters ADHD just for fun. By the way this list isn’t in order all of them have ADHD in awesome ways.

This kid is classic ADHD and the thing is there is so many strips showcasing it that one of these days I will need do a post solely for analyzing Calvin and Hobbes but for now readers have look at these two strips.

This strip shows Calvin constant day dreaming which centres mostly on dinosaurs a typical six year old preoccupation. When his teacher Miss Wormwood basically wakes him up finding reality boring he falls back on his imagination.

Calvin basically sees the table and starts whacking nails into it with a hammer, god knows where he found it. When his mom in her panic asks why Calvin displays his intelligence by philsophishing a witty response which consists of why does his mother bother to ask and does there have to be a reason? 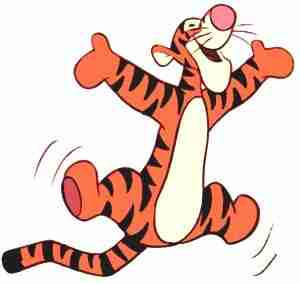 In Hundred Acre woods there are a number of eccentric characters but among people’s personal favorite is Tigger. Tigger character who always bounces with his twisty tail and ready to try new things as fast as possible even if they don’t turn out well. He constantly does same mistakes over and over because he loves adventure! He lives for the moment and with a whirl of his tail he always looking for something around the horizon. If Winnie the Pooh is the rock that hold the cast together then Tigger is spark of electricity that makes reading or watching Winnie the Pooh so interesting. 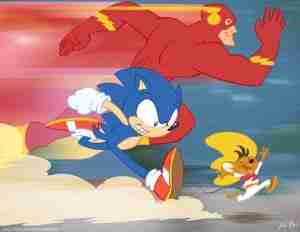 Sorry fellows readers that I couldn’t include Road Runner in the picture but just replace him with the red guy using the power of imagination! But I am not sorry about slightly cheating on this choice because they are all fast and cool. For those who grew up on Looney Tunes or playing video games I am sure at some point either you or your friends were crazy about these characters. I mean the appeal is clear these characters pretty much solve anything by being fast. No need to wait for the mail they probably just pick it up from the post office before postman eats his waffles, finish the grocery list and read War and Peace in thirty seconds tops. I mean could you imagine these guys working in a office it would probably kill them to sit even for moment. I think after the job interview they would probably run rings around the employers, the employees and the whole building while breaking a new speed record before reaching the restroom the only time they would probably stop. Now boundless energy, hyperactivity and having their feet dictate their actions rather then slowing down and thinking sounds familiar? 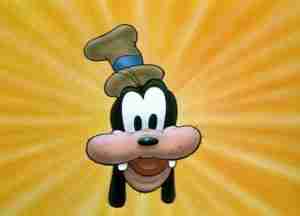 This one will be the most controversial as people might argue that Goofy has down syndrome or the less polite ones would say he is retarded. Well I would say in the biggest understatement ever that Goofy leads a different lifestyle. This lifestyle is crazy you could see his hyperactivity at every opportune moment he sails through the air and impulsivity in that he is never sure where he is going to land. But Goofy has friends ( Mickey Mouse and Donald Duck) and family ( he has a son) and is able to follow instruction from some weird quasi British voice. Goofy isn’t stupid. He is just really happy and didn’t all of us wish we could be as content. 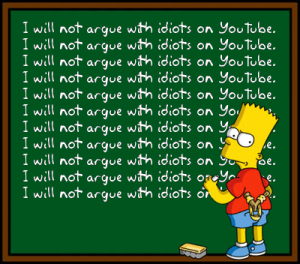 Bart Simpson is the only character on this list to be actually be diagnosed with ADHD in Simpsons Season 11 episode two ‘Brother Little Helper’. This episode is a tad harsh on prescription drugs but it does confirm what most fans suspicions on Bart’s character. Bart Simpson is very impulsive kid doing actions and has to deal with consequence usually with his dad choking him. He is also inattentive when it comes to school and whenever his sister speaks. But he is creative when he puts into mind to it in making trouble a art form.